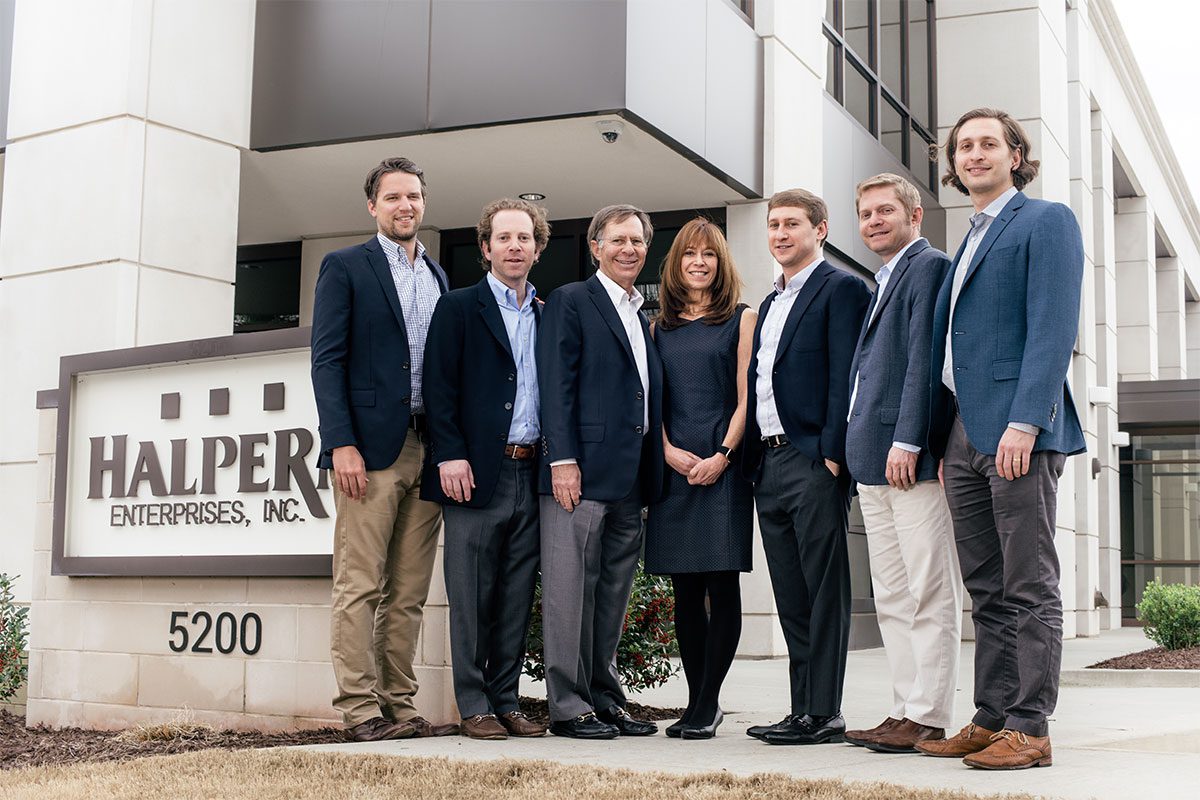 Not a firm to rest on its laurels, Halpern Enterprises has demonstrated grit and resilience in the face of the pandemic’s endless challenges. The company has achieved notable successes this year, including record occupancy, strategic acquisitions, and the completion of several development projects. These accomplishments can be attributed to the leadership of Benjamin Halpern, Matthew Oppenheimer, Brad Oppenheimer, Cary Halpern, and Chris Hoffmeister, members of the company’s third generation of family employees.

“Throughout the ups and downs of the pandemic, the next generation has risen to each challenge with perseverance and compassion, guiding smart, sound decisions for our company, tenants, and business partners,” said Executive Vice President Carolyn Oppenheimer.

Leading Halpern’s growth initiatives as Director of Acquisitions, Matthew Oppenheimer strategically targets neighborhood, community, and power centers that will provide the greatest long-term value to the business. Later this month, he will oversee his third acquisition, an 80,773-square-foot, nationally-anchored retail center in McDonough, Georgia.

In June, Lidl opened a new store at a Halpern-owned property in Stonecrest, Georgia. Matthew negotiated the disposition on behalf of the company and will soon close on the sale of the site’s remaining 3.78 acres.

As Regional Leasing Director, Benjamin Halpern has led the leasing department’s efforts to secure numerous national leases, including 18,000 square feet for Ross and 8,800 square feet for Five Below at Indian Hills in Calhoun, Georgia. The leasing team has maintained high retention rates throughout the pandemic and recorded the highest occupancy the company has ever achieved.

In July, he partnered with We Love BuHi to organize a food distribution event at Halpern’s Pinetree Plaza shopping center that supplied 2,000 families with fresh produce. He is currently working with The City of Doraville to install a mural walkway at the shopping center that will be painted by a local artist and focus on the diversity, vitality and community of Buford Highway.

“The fact that members of the next generation have chosen to join the business brings Carolyn and me an enormous amount of joy,” said CEO and Chairman Jack Halpern. “We are proud not only of their accomplishments but of the leadership they demonstrate as they assume greater responsibilities within the company.”