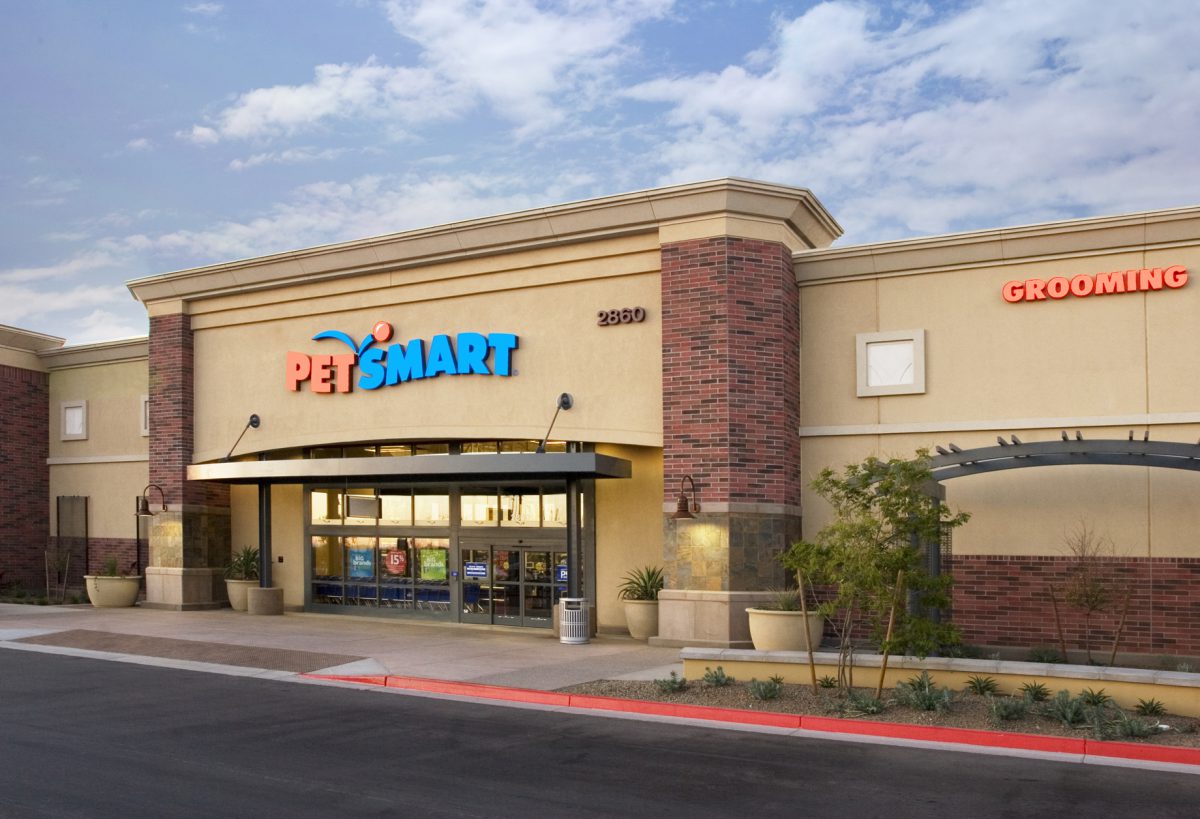 At a time when many retailers are scaling back their number of stores or have ceased operating altogether, others are expanding to meet the needs of today’s shoppers. Ross, PetSmart, and Bealls are prime examples of retailers thriving in today’s challenging retail market.

Halpern Enterprises is excited to announce the opening of 3 new co-anchors at its Heritage Walk shopping center in Milledgeville, Ga.: Ross, PetSmart, and Bealls will occupy 56,250 SF of space vacated by Kmart.

Under redevelopment: Architect’s rendering of the Ross, PetSmart, and Bealls storefronts at Heritage Walk

When Kmart closed its location at Heritage Walk in June 2016, the Heritage Walk shopping center was faced with a huge dilemma. Who would join Hobby Lobby in co-anchoring the vast space now left empty?

Halpern’s Regional Leasing Directors John Brozovic and Benjamin Halpern sprang into action. Brozovic and Halpern decided that multiple users for such a large space would best suit the market and current retail trends. “We called dozens of national retailers and department stores,” said Brozovic. “After receiving several letters of intent, we decided this mix of community-friendly retailers would ensure the long-term success of the center.”

While Ross and Bealls flourish as low-price leaders that provide quality merchandise, PetSmart thrives because of Americans’ longstanding desire to pamper their pets. According to the Washington Post, PetSmart “built an empire on the country’s pet-food sales, which have nearly doubled since 2000, to $22 billion” in 2014 (“PetSmart’s goldmine: Americans are spending more than ever on fancy dog food,” Dec. 15, 2014). Americans spent a record-breaking $10 billion on premium-brand dog food in that year alone. 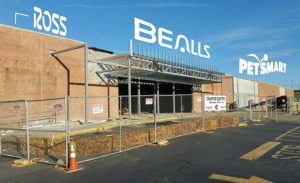 Construction is underway: The new PetSmart, Bealls, and Ross stores under construction at Heritage Walk

The co-tenancy is a feat in redeveloping existing space. “By being creative and flexible, we were able to meet the needs of these retailers by sub-dividing the space,” according to Halpern. “We expect PetSmart and Bealls to open this fall, followed by Ross opening in the spring.”

The final result will be the complete revitalization of the shopping center with four co-anchors – Hobby Lobby, Ross, PetSmart, and Bealls. The center’s prime location in the heart of Milledgeville’s retail corridor is just three miles from the award-winning central business district and boasts nearly 34,000 vehicles passing it daily.