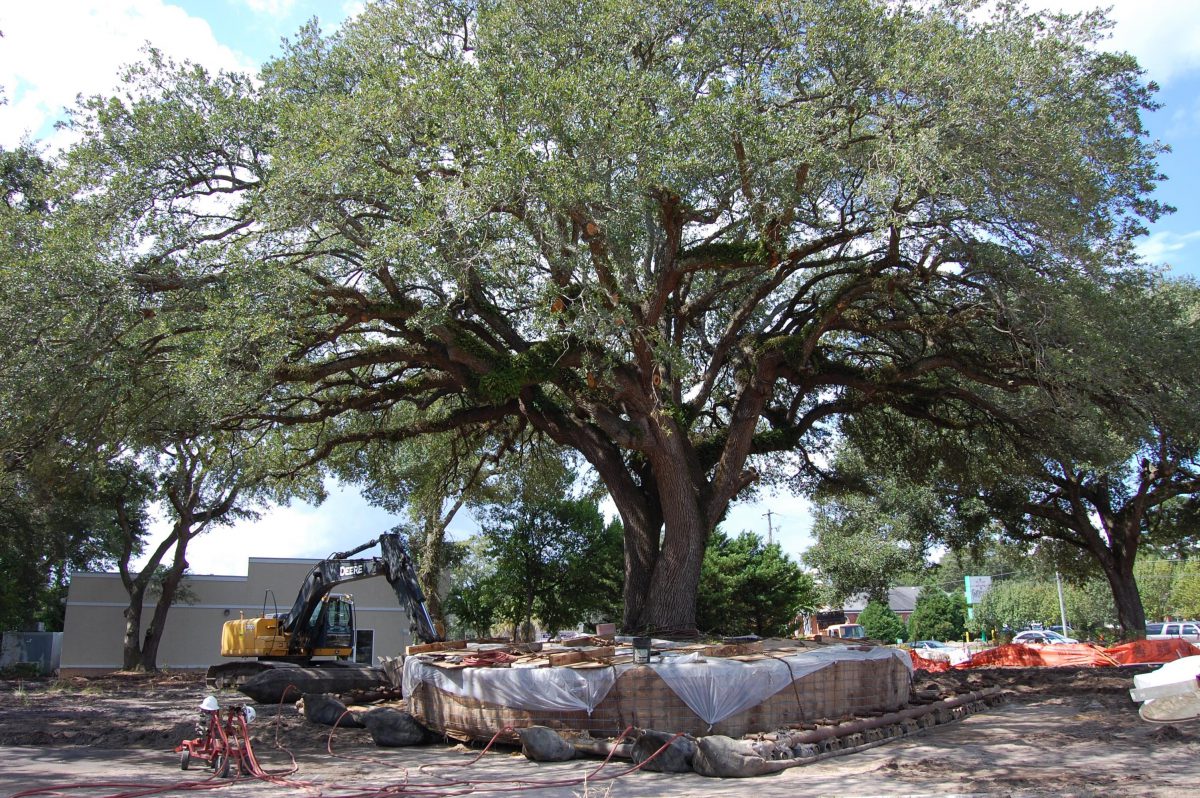 Shopping center developers often get a bad rap for being environmentally destructive, but Halpern Enterprises defies that expectation by proactively working to preserve and relocate vegetation such as old-growth trees on its development sites. 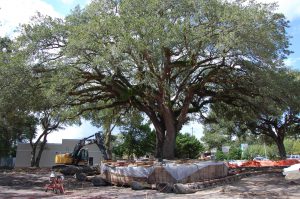 The Ogden Oak, a 200-year-old tree, was in the path of the forthcoming Publix-anchored Ogden Market Place in Wilmington, NC. The quicker and less expensive option was to cut the tree down; however, Chairman Jack Halpern decided the development company would relocate the tree. According to Charles Worthen, a partner in Halpern’s development division, “It was important to us from the beginning to be good neighbors, good stewards of the environment, and to steer a collaborative effort to bring this project to the area the very best way possible.”

With the help of the expert arborists at Connolly Tree Preservation, a relocation plan was formed and received the backing of the Wilmington city council, mayor, and residents.  The plan involved packing up the tree’s root system, then using compressed air to pump into airbag rollers to elevate the tree. The tree was then transported to its new home on the Publix site. 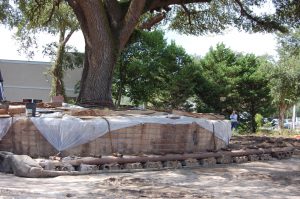 The decision to preserve the tree is part of the Halpern ethos and mission – to be “a positive force – a caring, committed partner – in each community” where Halpern does business. Additional conservation efforts include donating and relocating a selection of shrubbery from the planned Village at Friendly shopping center to the Healing Gardens at Cone Health Cancer Center in Greensboro, NC.

The developer is also in the process of installing solar panels at its newly constructed headquarters in Sandy Springs, Ga. When the idea was put forward to Halpern’s leadership, they were instantly interested in using the clean, unlimited, independent energy source to save on energy costs in operating the building. “We as a company are environmentally conscious – we care,” said Executive Vice President Carolyn Oppenheimer. “Installing solar panels at our headquarters will reduce our impact on the environment. We’re also exploring the idea of adding solar panels to our properties.”

Halpern’s new headquarters, which is just over a year old, was built to maximize energy efficiency and minimize its effect on the environment. The building features low-VOC paint that releases minimal toxins into the air, recyclable construction materials, high-efficiency glass to keep inside temperatures down, an exercise facility that helps employees make fewer trips by car, occupancy sensors for interior lights, LED site lights, and water-efficient commodes.

The developer also introduced an office-wide recycling program to reduce its carbon footprint. It installed two electric car chargers in the parking lot, which are shared by three Halpern employees who drive electric cars.