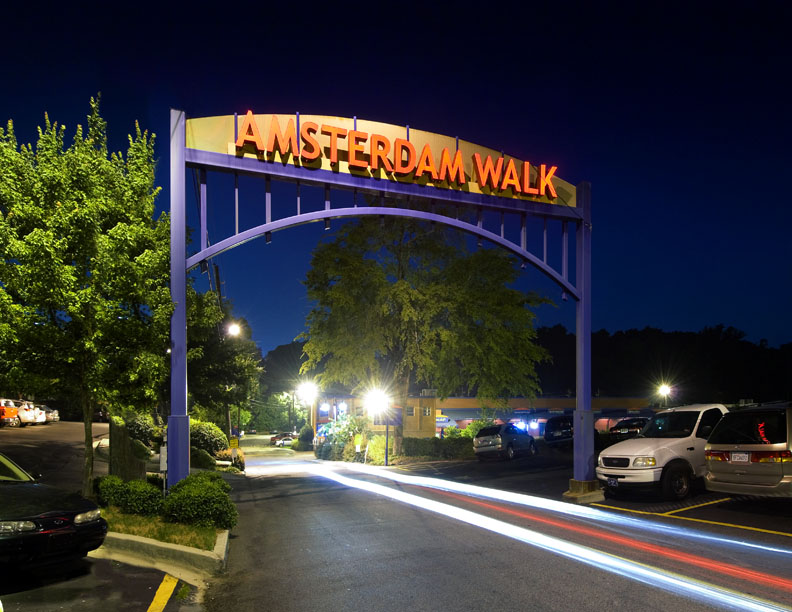 ATLANTA—Three years ago, the Amsterdam Walk retail center in Midtown Atlanta was hurting—bad. Forty-two percent of its space was vacant. Instead of simply chasing more retailers, owner/manager Halpern Enterprises decided to go in a different direction to turn things around.

To supplement the search for more retailers, Halpern and leasing agent Gene Kansas of Gene Kansas Commercial Real Estate focused on landing retail tenants offering services that families in the surrounding affluent neighborhood would use. Now, the 126,000-square-foot property is 96% occupied with such tenants as an international preschool, a martial arts academy for kids, a Down Syndrome awareness center, and a doggie daycare.

GlobeSt.com caught up with John Brozovic, regional director of Leasing for Atlanta-based Halpern to discuss the strategy behind the center’s turnaround.

GlobeSt.com: Did Amsterdam Walk start out as a family-focused center?

Brozovic: Halpern Eneterprises bought the property in 1985 with the intention of making it an outlet center. But as the economy began to boom, the center attracted a number of unique high-end retailers, such as The Cook’s Warehouse.

To match the retail mix, we rebranded the center as Amsterdam Walk. By the mid-2000s, business was great and tenants were lined up to get into Amsterdam Walk. It was vibrant and popular. Then the great recession hit.

GlobeSt.com: The recession did indeed hit Atlanta hard. So how did this affect Amsterdam Walk?

Brozovic: As the economy took a downward turn, the home furnishing stores were the first to go out of business because consumers stopped buying the big-ticket items. Also, while our center is a charming and unique piece of property, its location posed a problem because it isn’t visible from the road.

When the economy slowed down, retailers felt the need to relocate to shopping centers in more visible locations. By 2010, the center hit a low point with over 73,000 square feet of vacancy. We knew change was needed.

GlobeSt.com: How did you decide to work on shifting the mix of tenants beyond strictly retail?

Brozovic: We realized that concentrating on traditional retailers was not going to help us acquire tenants. As we considered what to do, the catalyst came from thinking about leveraging the success of our tenant International Preschool.

It’s a for-profit preschool that was doing so well that, despite the recession, they were actually planning to expand, making the school the largest tenant in Amsterdam Walk. This in turn led to attracting GiGi’s Playhouse, an educational center for families with children who have Down Syndrome, and Highland Martial Arts, a martial arts facility that caters to children.

Part II of the Exclusive:

ATLANTA—After dipping to 42% vacant at the Amsterdam Walk retail center in Midtown Atlanta during the recession, Halpern Enterprises turned things around by vying for unconventional tenants. John Brozovic, regional director of Leasing for Atlanta-based Halpern, outlined the strategy in part one of our exclusive interview.

In this installment, GlobeSt.com asked Brozvic, who worked with leasing agent Gene Kansas of Gene Kansas Commercial Real Estate, about the keys to attracting these types of tenants. He also discusses how the new tenant mix matches the center’s target demographic and more.

GlobeSt.com: What were some keys in attracting these kinds of tenants?

Brozovic: Part of our success came from hiring a broker who knew the neighborhood and could smartly and aggressively look for tenants. Using the preschool as a marketing tool, Gene Kansas prospected the old-fashioned way, by targeting companies that could succeed by serving that part of town, which is comprised of many affluent families with younger children.

Once we had several family-oriented facilities, momentum started, with other similar businesses hearing about us. Two new tenants, Swimmerman Swim School and Catch Air, an indoor play center for children, recently signed leases and will be open for business in the coming months.

GlobeSt.com: How does the new tenant mix match your target customer demographic?

Brozovic: Parents using facilities like The International Preschool and GiGi’s Playhouse give our retailers and restaurants more business and increased exposure. For example, parents dropping their kids off at school can then work out at Intown Pilates or Urban Body Fitness, two of our other tenants.

The services offered at the property are very appealing to our target demographic. One example is Piedmont Bark, a doggie daycare and grooming facility, which draws in people from the neighborhood much like the preschool does.

GlobeSt.com: What tips do you have for retail center owners and managers looking to make a similar shift in their tenant mix?

Brozovic: It’s critical for a center to stand out from the competition in some way, especially when you’re looking for new tenants. In addition to knowing what direction you want to pursue, the center needs to look good. Paint, landscaping and overall cleanliness definitely count.

Also, keep in mind how the layout of the center should be conducive to traffic flow. With the mix of tenants in Amsterdam Walk and spacing of facilities with drop-off areas, traffic flow isn’t an issue. It also helps that some of our tenants are busier during the day, while others are busier at night.