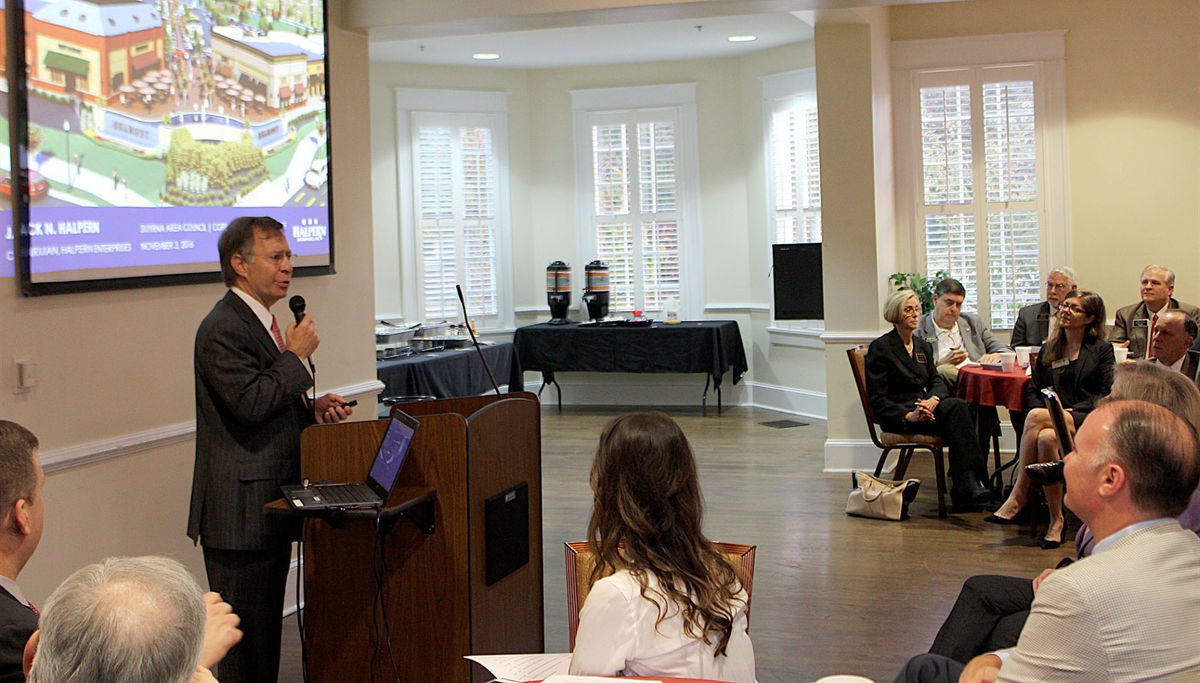 SMYRNA — Construction continues on Jonquil, the mixed-used development on a 12-acre site at the corner of Atlanta and Spring roads. One major portion of the project — its grocery store anchor — is expected to be open by the end of the year.

Jack Halpern, chairman of Halpern Enterprises, the company behind the estimated $40 million-plus Jonquil development, told attendees at Thursday morning’s meeting of the Smyrna Area Council that Publix would be opening its doors in mid-December.

“It’s been a tight construction schedule to be able to turn this store over to them in time, but it looks like we’re going to make it. They should start stocking the store before Thanksgiving and open it in the middle of December,” Halpern said.

Jonquil will also consist of retail shops and luxury apartment units. Among the retail offerings in the development will be Willy’s Mexicana Grill, an Atlanta-based restaurant chain, and Newk’s Eatery, which just entered the Cobb market with a location going into the new Kennesaw Marketplace at the corner of Cobb and Barrett Parkway.

Halpern said Jonquil’s retail spaces are slated to open by the end of first quarter of 2017 — with 100 percent of them expected to be leased by this year’s end — while the 260 residential rental units, which are being developed by Wood Partners, are expected to be completed in the middle of 2017 with leasing beginning then.

Read the rest of the story at the Marietta Daily Journal.