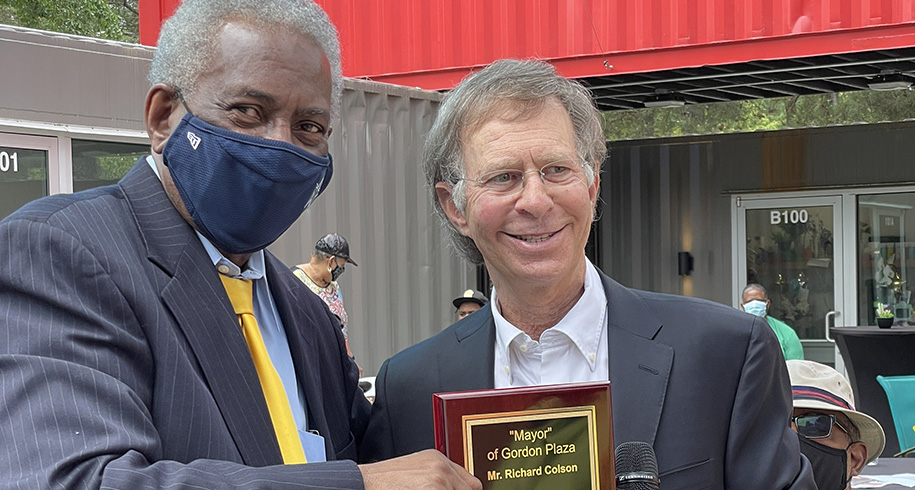 Mr. Colson’s company spent 43 of those 50 years at Halpern’s Gordon Plaza shopping center. During his five decades in business, he earned the nickname: “Mayor of Gordon Plaza” due his dedication to protecting, educating, and empowering the community.

“It’s rare for any company to last 50 years, and it’s a rare individual who can keep a business going for such a long time,” said Jack Halpern, Halpern’s Chairman & CEO.  “We have enjoyed doing business with Mr. Colson not only because he is talented and dependable – but, more importantly, because of his honesty and integrity.”

During the celebration, Jack presented Mr. Colson with a plaque commemorating their decades-long relationship. Mr. Colson has served his community not only as a respected businessman, but as a teacher within the Atlanta Public School system.

We wish Mr. Colson many more years of continued success.